Art-project about breast cancer: to snap out of the torpor and not to be afraid! 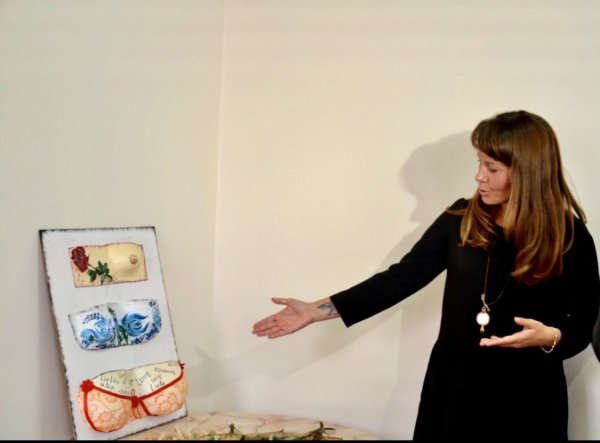 She had been working in the Clinic “Fürth” (Germany), in the department that specialized in breast cancer treatment for 12 years. She has German medical education and diploma, German citizenship, and a big Ukrainian soul. Mainly soul pulled her to Kherson not only to change the old medical system, but also the attitude of Kherson folks towards oncological patients. We have taken interview from this unique woman. Please, get acquainted with Natalia Tsvyhun, coworker of the Medical Center “Taurt Medical”, that has opened a unique installation in Kherson State University, having started Pink October in Kherson with it. 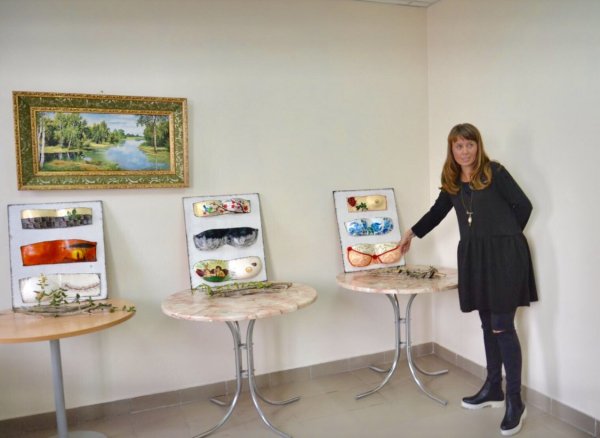 Natalia, your art-project of plaster castings of glandula mammarias became quite a unique installation for Kherson folks. It has aroused controversial feelings among many…

Yes, our society is not ready for the diagnosis “cancer”. We have the following – if cancer, than “everything is over”… In the West, the perception of this problem is quite different. First time I made the exhibition alike in the Clinic Fürth, where I was working with women that had breast cancer. We were crying and laughing, hoping and had difficult time of remission expectation with the patients. There were backsets… They became my models. Every casting out all of them was special with its contents, had its own history. When the installation was created, we exhibited it in every local clinic and we were invited to different conferences with the presentations. It was a real event, as the society was ready for it.

Have you taken these exhibit objects to Ukraine?

Now the exhibit objects that were made in Germany are located at the pre-assessment cabinet of the Clinic Fürth. The visitors of the department, fighting with breast cancer, see them there. Right away, having stepped across the threshold of the Clinic. Patients, their children, husbands – all of them see the exhibit objects and understand that breast cancer is really close, and people that have this disease are among us.

How the idea of creation the art-exhibition was accepted in Kherson?

I didn’t dare to do anything like that in Kherson. And then I turned to Iryna Sokur, the Chief Physician of the Oncologic Dispensary with the proposition to do something like this. She became confused, as didn’t expect that the prevention of breast cancer could be promoted this way. But then she agreed and helped me with the women-models. They were not only women having breast cancer, but medical stuff, relatives and darling ones of the patients. It was much more difficult to work here than in Germany, as here people are not ready for non-traditional methods. But all those, who had agreed to take part in this project, took to heart the necessity to change the perception of this disease, for people to think over the proper conduct, in-time diagnostics and treatment. 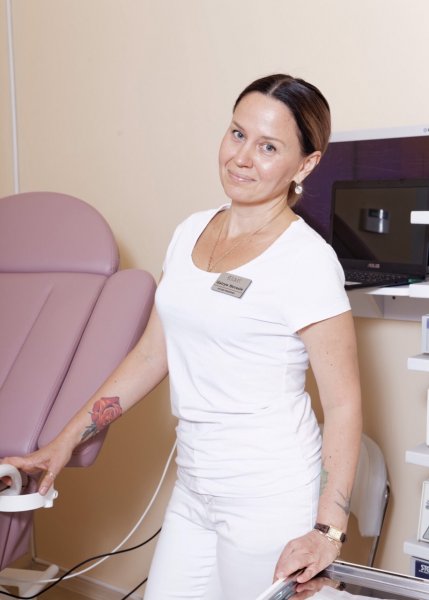 Which stories of Kherson models were most memorable?

It is difficult to say. There was an occasion when I was making a plaster casting and the woman didn’t want to speak at all, as she didn’t believe in her recovery. This exhibit object was made in black color. And there was a woman that agreed to become a model and all the time she was speaking about the necessity of Peace, as there was a close person to her at the front line. The exhibit object turned out to be thematic as well. The most important in this installation is not the technique, but the story. I am not a professional artist. That is why this exhibition should be observed as a matter of fact, but not as pieces of art. This is my call to tell everyone around: take your sister, daughter, mother, wife to the doctor. 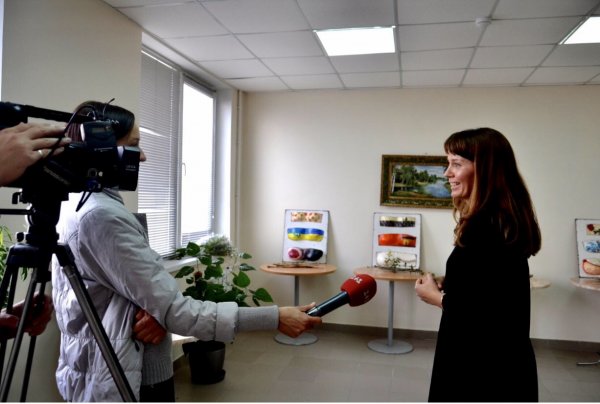 It turned out to be so insightful… I think the exhibition will astonish many people.

I also hope for that. There is a necessity to break the tether of customary pale. We all are different, have unique characters, appearance, views of life. We walk along the street and no one passing by sees how we live. As the real pain is hidden under the clothes… the absence of breast is hard to see. That’s why it seems that cancer is single-handed. But in reality, cancer is really close, and it became younger. Earlier it was a disease of elderly people, and now young people also have it. I am comforted today with the fact that now my works are exhibited in Kherson State University, as the youth see it every day. The most important is for young people to grasp the idea that life is the most precious that we have.

Did you have a fear that the exhibition could be misunderstood?

Of course, there was a fear of non-admission. But still I wanted to get across to Kherson folks that we have go-ahead times. We see that exhibit objects on which people can see women breasts without right or left glandula mammarias, cause some kind of torpor among the visitors. In fact, it is nakedness of the problem that is being actualized. There are people among us who lost breasts, but won their lives back. And they want to be treated adequately. Also, there are plaster castings of healthy women’s breasts, as reminder that everything can be recovered. Everything starts with own consciousness. If someone reacts to this exhibition and visit the doctor – I will take that as if everything wasn’t in vain.

What would you like to wish to Kherson Women?

To be healthy. And take care of the own health.

Photo: from the personal archive of Natalia Tsvyhun