Head of KWU Iryna Nikolayeva has become the Peace Envoy 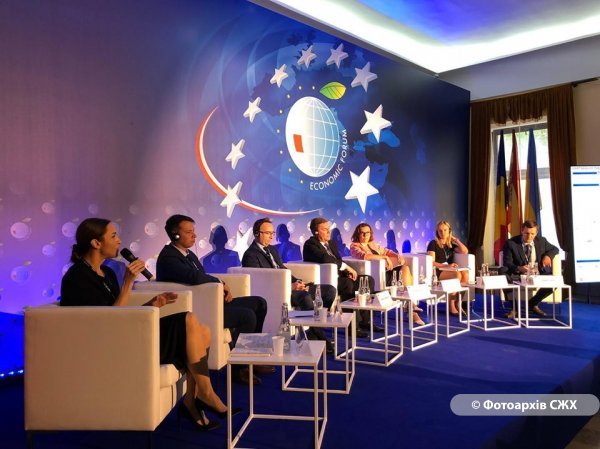 The Summit of Peace took place in Kyiv on 9 September 2019. It was dedicated to the Fifth Anniversary of the World Summit of Peace WARP. The event was aimed at making the appeal to the citizens and the state to take an active part in the establishment of wholeness and peace in Ukraine and the world. 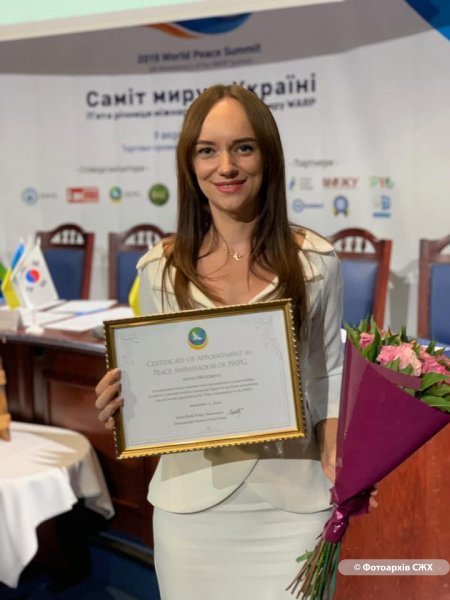 During the Summit of Peace the best peace projects were represented and the title “Peace Envoy” was awarded; the Head of KWU Iryna Nikolayeva was among the honored.

“Kherson Women Union has been supporting and is going to support all the initiatives as for peace-keeping, bulling prevention, promoting of healthy lifestyle, gender equality and formation of conscious attitude towards yourself and home country. I can say for sure that the awarded title is not only the recognition and verification of the chosen way by us, but, first of all, a huge incentive for me personally and for all our team. This award is not only mine, but EVERYONE’S, who shares our values and ideals – our volunteers, friends and partners!” published Iryna Nikolayeva on her page at Facebook. 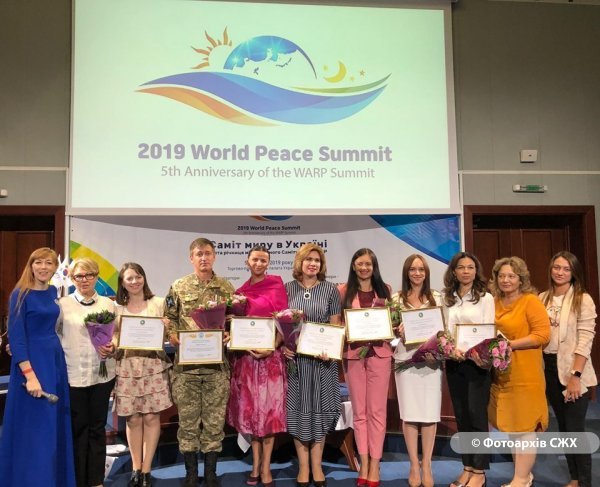 As for the planned work of KWU in the nearest future, Iryna Nikolayeva shared with us:

“There are lots of fundamental projects ahead: contribution to the fulfillment of new reforms, development, peace-keeping and national unity”, reassured I. Nikolayeva. 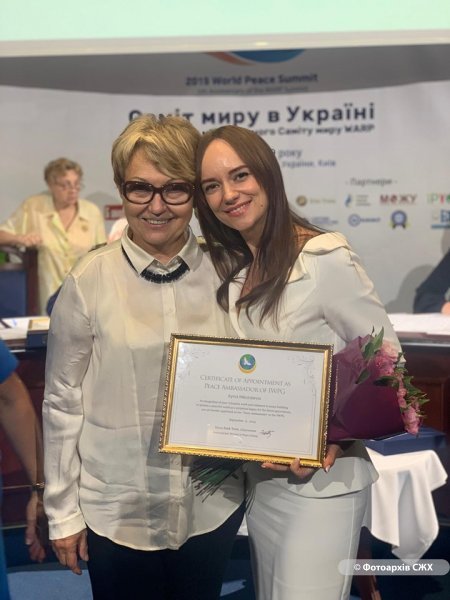 “Today Iryna Nikolayeva, Head of Kherson Women Union, has joined the team of Peace Ambassadors. It is extremely important, when women take the active part in peace negotiations for human rights and peace, development of peace agreements by securing the gender concept to the implementation of key reforms in close cooperation with governments, international organizations and the world women cooperation. It essentially contributes the peace-keeping politics,” underlined Mrs. Leokadia. 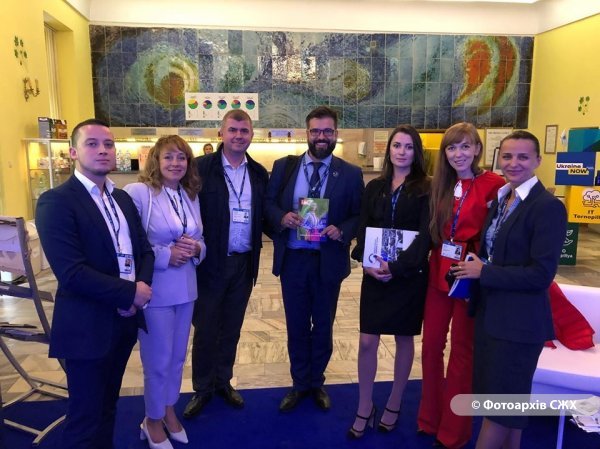 It should be pointed out that Ukraine Women Union rose to the invitation of the International Korean Women Peacekeeping Organization IWPG to take part in the Summit of Peace in Seoul in 2016.

During the Summit of Peace in Bucharest the Memorandum on Cooperation between women organizations of participating countries was signed in 2018. 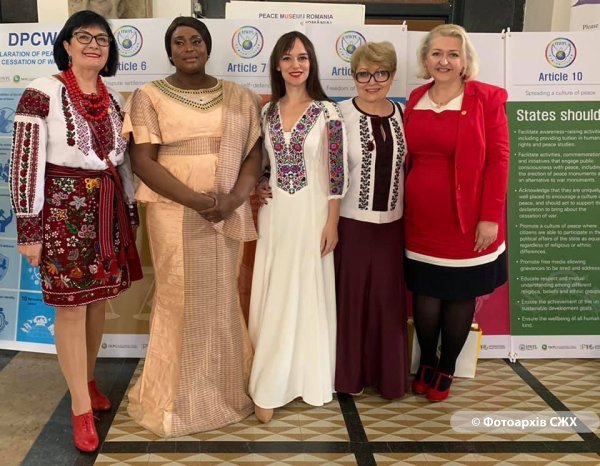 This year during the Summit of Peace in Kyiv all the participants signed the letters in support of the Declaration of Peace and Cessation of War (DPCW) and address to the President, Head of the Verkhovna Rada and the Prime-Minister of Ukraine.