The kindest act of the year, or how Trees of Peace were planted in Kherson 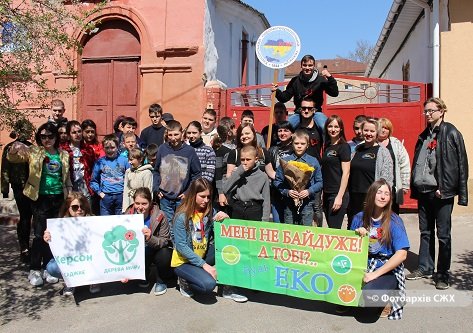 All KWU team has given and chained their hearts to the Worldwide Act “Trees of Peace” that takes place in Kherson every spring upon the initiative of Kherson Hydrometeorological College of OSEU, Kherson Women Union and movement “Let’s Do it, Ukraine”. 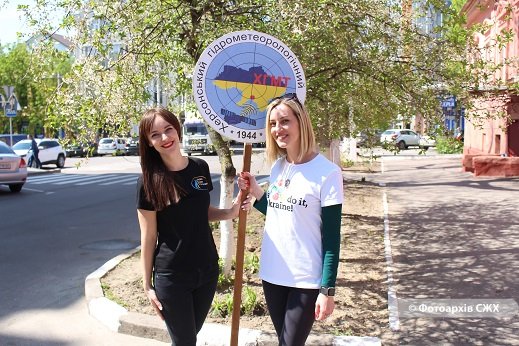 On 22 April the team of Kherson Women Union, teachers and students of Kherson Hydrometeorological College together with pupils of 4 – 7 forms of Kherson Special Secondary General School #1, where children with special educational needs are taught, planted Boxwood Alley on pre-school territory, having attracted our city habitants’ attention to environmental issues and nurturing relationship to the environment. 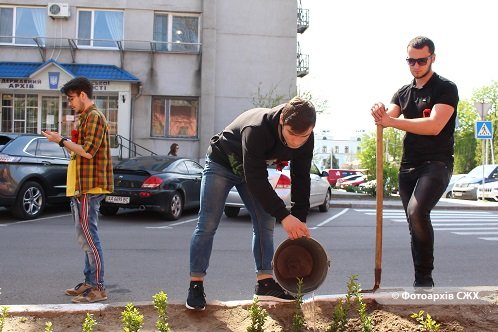 “Our main goal is to promote a love of nature for our children and the youth. And with the help of action games, such kind of acts, as Trees of Peace planting, master-classes, which we conduct with children, we do not just get children and adults involved into such important initiatives but also draw them together”, - shared her thoughts Union’s Head Iryna Nikolayeva. 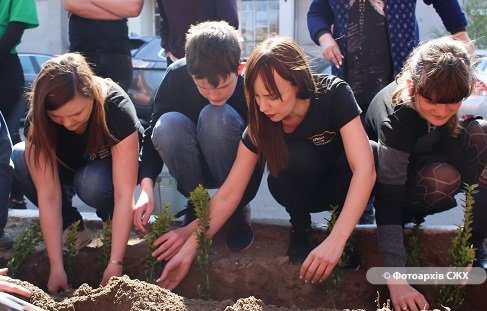 This year ancient boxwood, the southern evergreen bush, became the Tree of Peace. Mainly this plant is used by caring gardeners to create beautiful ornamental parterre, rims and even figures over the time! The bushes were bought by the Union team in a special nursery-garden in the village Pidstepne of Oleshkivskyi Region. The college students took care of the young plants, as the whole week passed since the planned date of planting (which was 15 April). Due to bad weather conditions tree planting was delayed. That’s the way this team work worked out! 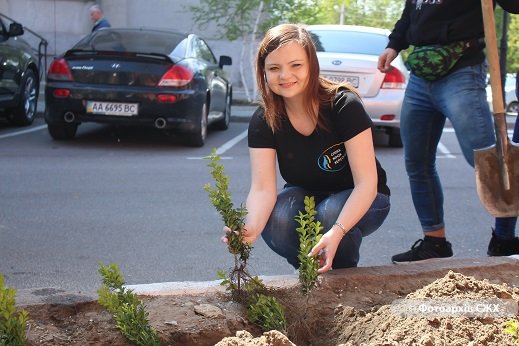 “The aim of the initiative TREES OF PEACE is to plant a tree with such good vibes for harmony and peace”, – told the journalists Svitlana Bukarieva, the teacher of Kherson Hydrometeorological College of OSEU. 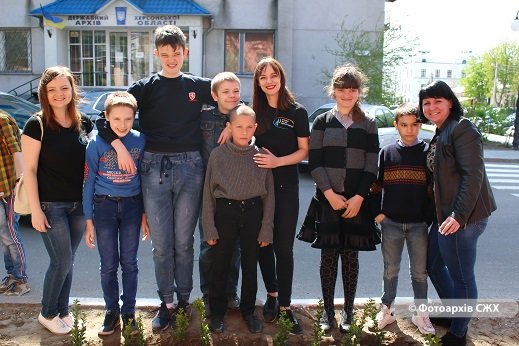 The College teachers and students had prepared a jolly ecological movement game for special children, that helped the children not only to get a little exercise, but to feel like just planted tree that needs care. 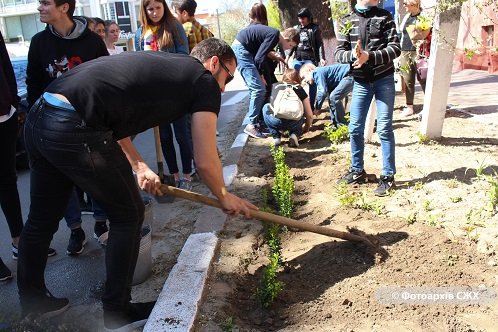 The pupils of the sevenths forms shared their emotions from planting in a vivid way: “We will take care of the bushes, will water them!” …“And this is my bush – I will even name it – its name is Max!”…“I wonder how I will be able to take care of my bush after finishing school.” 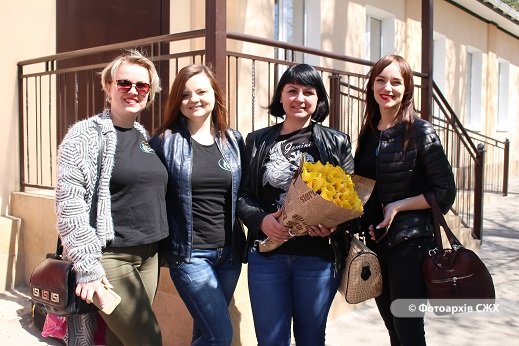 Having merged into the worldwide initiative, promoting city greening and spending quality time for the world’s sake, we express our position for PEACE and address every Kherson folk: “Let’s create the planet of happy people!”