How to solve problems of social orphanhood in Kherson and Kherson Oblast? Answers from those who are “in the picture”

What is the reason of the Social Orphanhood in Kherson and Kherson Oblast? Why the boarding institutions have stopped being “orphanages” – only 3% of orphans are brought up in such kind of institutions around the whole Kherson Oblast. Though, these institutions are not even “orphanages” according to their definitions – they are special, sanatory, specialized. But do you happen to know that only 20 out of 100 boarders are never taken back home? And 97% of all the boarders of such kind of institutions are children with parents, and even parents that are not deprived of parental rights! Why is that? These and many other sharp questions were tried to be answered during the round table of Kherson State Oblast Administration, dedicated to the definition of the Social Oprhanhood’s problems, their solvation and prevention on December 27th. 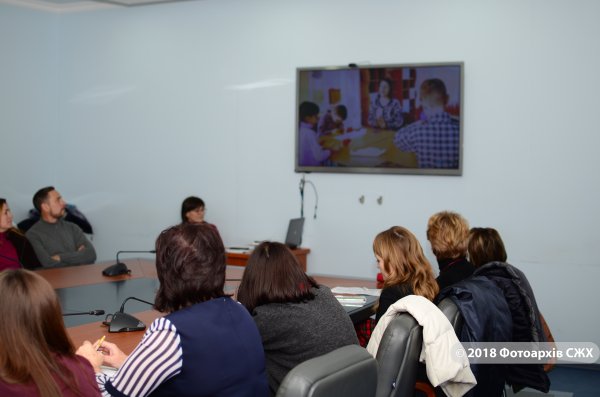 Idea of such kind of round table gathering appeared deliberately on November 12th, during the event dedicated to the All-Ukrainian Day of Prayers for Orphans. Its participants and Social Council at Kherson Oblast State Administration expressed a proposal to unite all people concerned about the theme of the orphanhood – state, religious institutions and civil organizations – with the aim to perform constructive debates and passing of a joint resolution with exact propositions on the prevention of the Social Orphanhood. 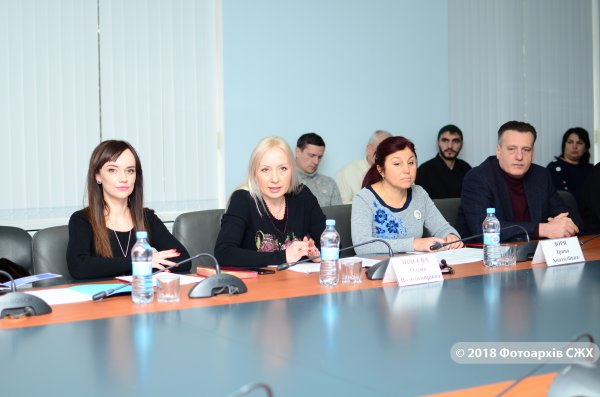 The round table “Definition of the Orphanhood’s Problems, Their Ways of Solvation and Prevention” called under the aegis of the Department for Children’s Affairs of Kherson Oblast State Administration, was held with spirited and passionate discussions and have united representatives of bodies of government of the regional level, communities, representatives of active regional civil organizations, charity givers, the priesthood, representatives of the Department for Children’s Affairs, Social Services Centers for Families, Children and the Youth, representatives of Adoptive families, family-type children’s homes, foster families, adoptive parents. The participants shared their first-hand experience of the social projects fulfillment, views of solvation of the painful problem of the Social Orphanhood in Kherson and Kherson Oblast. 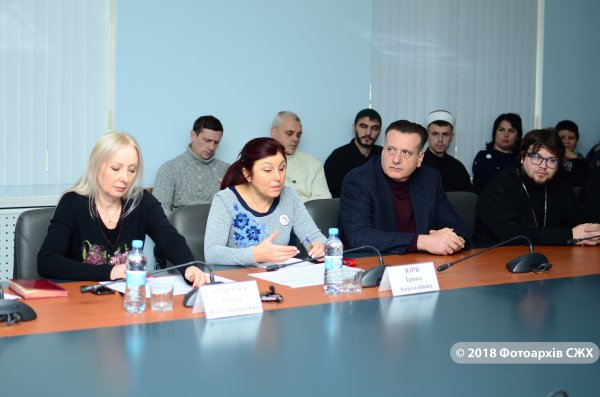 Why have only 8% (just imagine!) of parents of children aged 0 to 4 years concluded declarations with pediatric physicians? When do parents’, community’s, head of association of territorial communities’ and rural and city council’s responsibilities start? 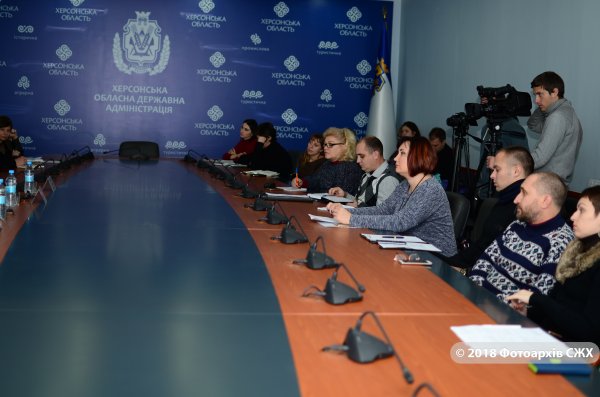 There was held the round-table meeting at Kherson Oblast State Administration on December 27th, dedicated to the definition of the Orphanhood’s problems, ways of their solvation and prevention. 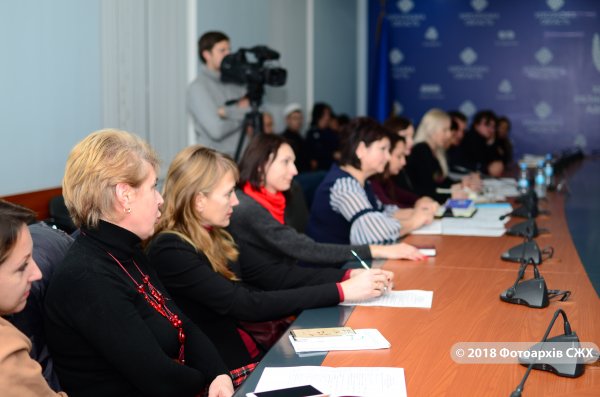 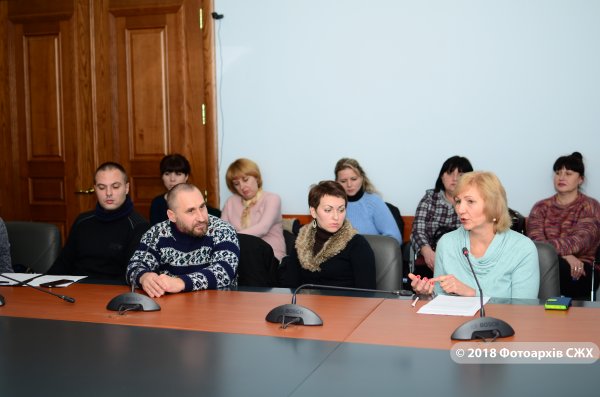 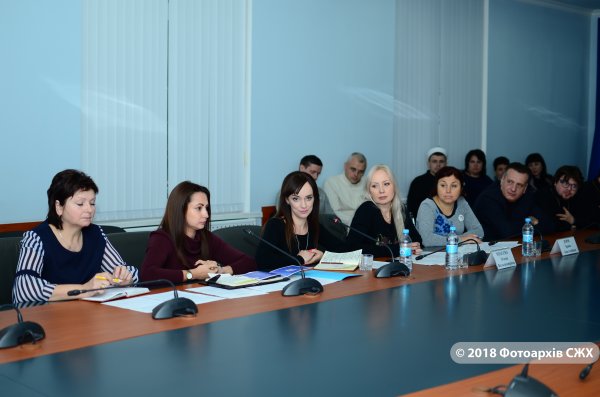 The reasons of the Social Orphanhood were defined as follows: low social responsibility of parents, catastrophic lack of social workers, the appeared necessity of creation of the local services for children’s affairs and Centers of Social Services at Oblast Territorial Communities and Rural Councils.

The representatives of the priesthood and civil organizations have supported the ideas of the subject “Family Basics” introduction into school curriculum, support of carrying out the activities dedicated to the popularization of family values at all governmental levels – Family Day, Father’s Day, Mother’s Day, etc.

Civil Organization “Kherson Women Union” has presented own successful social projects – Program of the Corporate Coaching, project “I – saint Nickolas”, “Children’s Day together with KWU”. Charity Fund “My Home” has presented the program of support of families those in difficult straits.
In the end, head of Social Council at Kherson Oblast Administration Iryna Zorya summed up: “We will address the People’s Deputies of Ukraine and Head of Kherson Oblast State Administration with the taken resolution”. 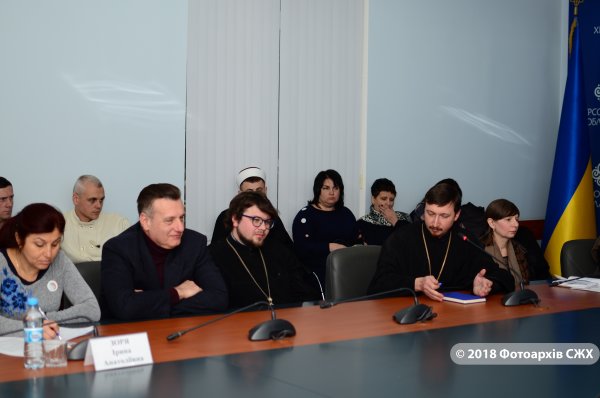 Among the stated reasons of the Social Orphanhood appearance in Kherson and Kherson Oblast, the following reason was stated first and foremost – low social responsibility of parents. Many parents don’t even find the time to sign declaration with Pediatric Physicians, or receive Certificate of Birth, or to visit the qualified capital’s or oblast specialist cardiologist with a blue baby, though such kind of meetings are regularly arranged in the Regions. 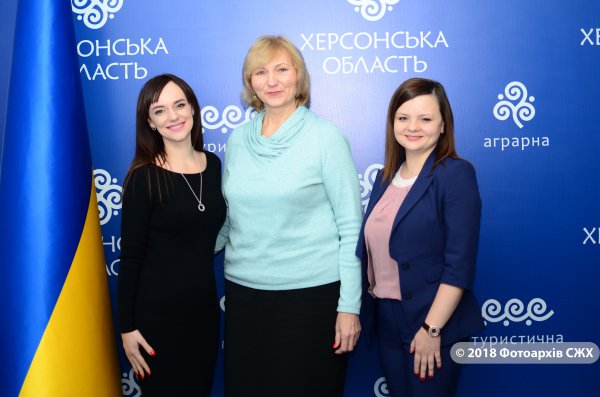 Heads of Oblast Territorial Communities and rural and town habitants don’t understand the high level of responsibility for children as well. 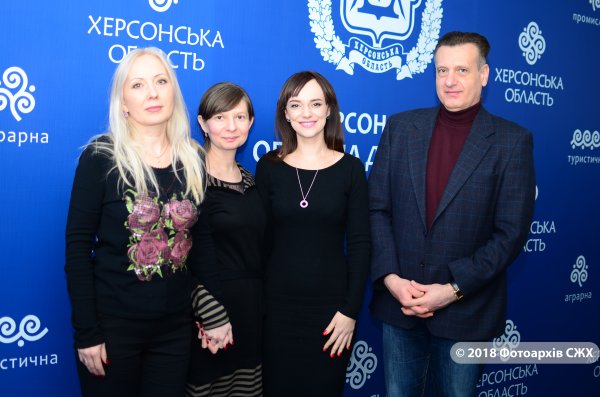 Civil activists and representatives of social services emphasized many times: the situation with the human resources is catastrophic - 12 thousand of social workers were fired this year. Now the staff of Kherson Oblast Center of Social Services for Families, Children and the Youth is up to 150 people for more than a million of Oblast population…