More than 150 adult and young patients have already been examined within the program "Kherson and Kherson Oblast choose health!"

In less than four months after the holiday “Ivana Kupala”, during which Kherson Women Union together with Kherson Oblast Charity Fund of Ievhen Ryshchuk gathered 137,000 uah for the organization of medical examinations for oncological pathologies among women and girls in the distant regions of Kherson Oblast, the first mobile teams of doctors headed to the communities for surveying. Common Kherson folks-volunteers with genuine desire and enthusiasm joined the specialists in this good deed. 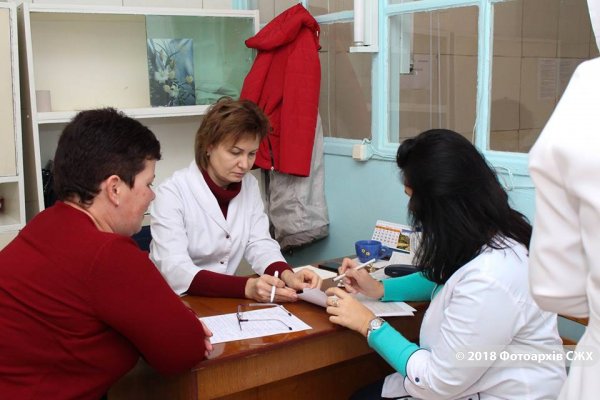 On October 27th the mobile teams of doctors went to Novopavlivka and Novokyivka of Kalanchak Region and performed the examination of the region’s inhabitants free of charge. The observed situation has shocked the doctors:

“That day we examined 77 patients: 42 children and 35 women. Patients’ considerable number needs operative treatment and follow-up examination. One patient was diagnosed cervical cancer on the last stage. There were pediatricians in the teams that found different pathologies among children. They also need follow-up examination and treatment. It is evident that people are left alone with their diseases in the distant regions, they don’t have access to the quality medicine and can’t diagnose disease in time”, stated Oleksii German, Chief Physician of Medical Center “Taurt Medical”. 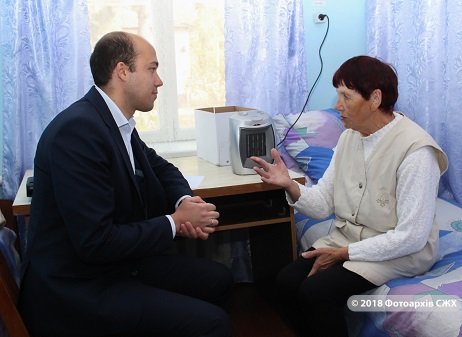 Free of charge medical examinations are now possible due to the social program “Kherson and Kherson Oblast chooses health”, that was created and now is being implemented by Kherson Women Union together with the professionals from Medical Center “Taurt Medical” and Kherson Oblast Charity Fund of Ievhen Ryshchuk.

More than 150 women and children of Kalanchak Region has been carefully examined within 3 weeks of the program fulfilment. A regular journey to the village Preobrazhenka, that took place on November 3rd, struck the doctors immensely. As according to the results of the patients' blood samplings, every second woman that has been examined, has got changes of blood indicators. It is entirely possible that all this is the result of the accident at the Crimean Plant "Titan". That is why it is extremely socially significant to address free of charge medical examinations to the regions, bordering with AR Crimea.

According to the program mechanism, analysis, gathered by the doctors from the patients in regions, are delivered to Oblast Oncological Dispensary the same day for cytological surveying and early recognition of oncological pathologies. It is significant that according to the contracted partnership agreement, the organizers refund Kherson Oncological Dispensary only the cost of expendable materials that are necessary for surveying performance. As a result of such a deliberate partnership, charity workers and public activists can embrace as big number of women and children as it is possible from Kherson Oblast with the program action. 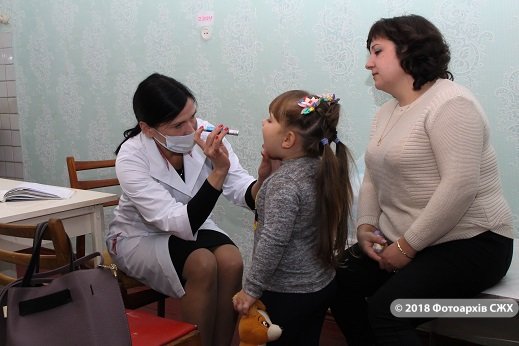 The Program “Kherson and Kherson Oblast choose health” was announced on October 16th at the Department of Health Care of Oblast State Administration during the press-conference, dedicated to the preventive measures on early recognition of the oncological pathology among women that have been held in our region. It was here where Chief Physician of Oncological Dispensary, Iryna Sokur, announced the awful numbers of morbidity in the region: “From 2007 up to 2018 the morbidity rate for the malignant tumors has increased up to 19%. The persistently high level of diagnosis of diseases on I-II stages is determined simultaneously, that is 78.9%. Though, the quantity of neglected cases is also high – almost 20%”. 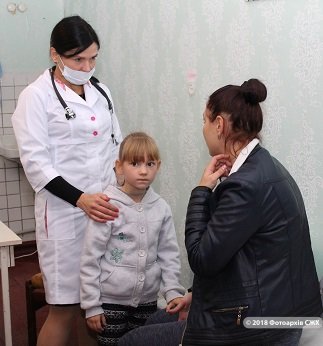 As the founder of the charity fund, Ievgen Ryshchuk stated, the challenging road from the ambitious aim to implement preventive measures in the regions, to preparation of the program project and organization of what to do, up to the performance of the medical examination in the regions was made due to the consolidated efforts of all who believed in its reality: 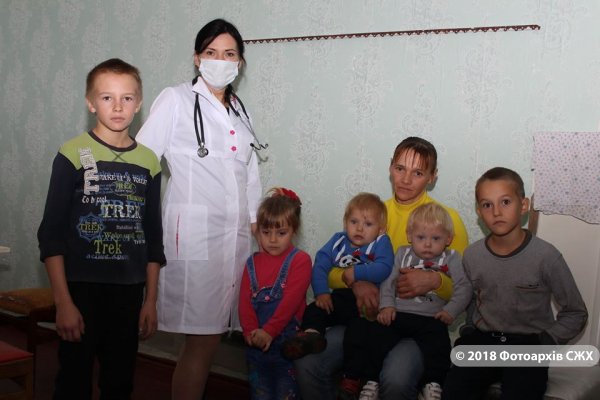 “The majority of spheres, including medicine, are being reformed in the country at the moment. In this transition period we couldn’t disregard the fact that Kherson and Kherson Oblast are among the first five leaders of oncological morbidity rate. And all this happens now, when there is a plenty of possibilities to visit doctors in the towns, women just ignore early detection. That is why we have decided to cover the distant regions, where there are no appropriate medical equipment and professionals, with the program “Kherson and Kherson Oblast choose health”. As for Kherson that with its high level of early oncological pathology detection has exceeded the average nation-wide rate, we have made an accent on the public health communication. And there is a positive moment in it: everyone has got involved into his personal sphere of work – doctors provide quality medical services, the charity fund supports, and the publicity socializes actively with the population,” said I. Ryshchuk.

Though, the social program “Kherson and Kherson Oblast choose health” could even never come true, as the Head of Kherson Women Union, Iryna Nikolayeva mentioned: 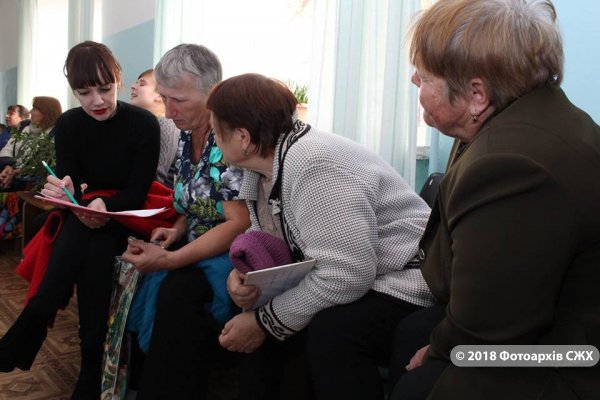 “When we raised funds for the oncological examination during the festival “Ivana Kupala” in July 2018, the first we did was to address the Administration of Health Care of Oblast State Administration. As we needed to work out the cooperation mechanism within the measures of some regional programs. But we found out that the regional program on fight against cancer wasn’t adopted. Then we decided together with our partners – Medical Center “Taurt Medical” and Kherson Oblast Charity Fund of Ievhen Ryshchuk to create the route plan of our own. In order to get this significant project rolling, so to say”, told I.Nikolayeva. 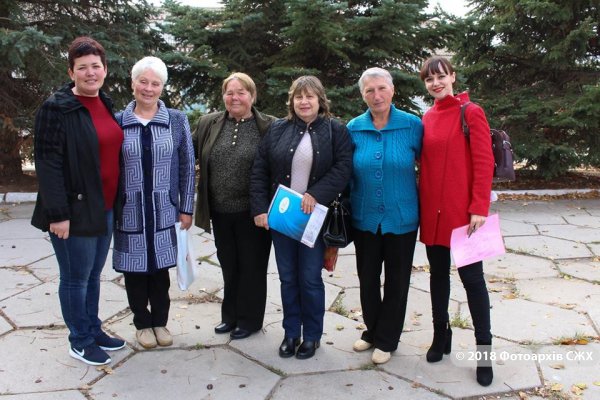 “Of course, we are not able to cover oblast entirely. That is why we decided to start the program “Kherson and Kherson Oblast choose health” implementation in Kalanchak and Chaplynka Regions, that were influenced with the ecological catastrophe in AR Crimea this autumn. I think that everyone understands that these communities need doctors’ attention the most now”, she emphasized.

As for cooperation mechanism coordination of medical personnel, public activists, business representatives, politicians, state institutions and the charity givers within the program framework, the participants of the program would like to emphasize that they will eagerly share their know-how with everyone who wants to help with the organization of oncological examination in other regions of our oblast. As till the global work is done in the governmental offices, we are able to change “the dead-lock situation” for the better on our own in a definite village and in a separate family. And who knows how many lives of our home people will be saved!